Changing a world: The Romanian Revolution of December 1989

In the context of the anniversary of 28 years from the onset and unfolding of the Romanian Revolution of December 1989, the president of the AESGS “Gheorghe I. Brătianu” (The ”Gheorghe I. Brătianu” European Association of Geopolitical and Strategic Studies), Constantin CORNEANU Ph.D., took part in a debate organized by journalist George POPESCU at Radio România Actualități, within the Probleme la zi broadcast, on December 22, 2017, during the 13.20 – 14.00 time interval, along with historian Florian BANU Ph.D. from CNSAS (National Council within the Study of the Securitate Files) and Sorin MEȘTER, secretary of state for the State Secretariat for the Recognition of Merits of Fighters against the Communist Regime Established in Romania during the 1945 – 1989 period. On this occasion, the president of AESGS “Gheorghe I. Brătianu”, Constantin CORNEANU Ph.D. reiterated the fact that the unbearableness of the present after December 22, 1989 made some of the Romanians to forget that December 1989 market a Revolution which resulted in a change of the way of life, political elite and Constitution for us.

The occupation of the Opera House balcony in Timișoara on December 20, 1989, by the crowd of protesters, the revolt of the population in Ardeal, as well as the establishment of the Romanian Democratic Front (FDR) in Timișoara, then in Arad, as well as the launch of the FDR Proclamation, represent the triumph in the inception of a revolutionary process that was to be continued by the revolts in Cluj-Napoca, Sibiu, Brașov, Târgu-Mureș, Bucharest, etc. on December 21 – 22, 1989. Moreover, the content of article 1 (“The Abandonment of the Leadership Role of  Single Party and the Establishment of a Pluralist Democratic Governing System”) from the political program proposed by the National Salvation Front Council, on the evening of December 22, 1989, signifies the political will of those who had assumed the governance of the Romanian state, during such times, to initiate a revolutionary process aimed at radically transforming the Romanian society and the lives of Romanians. Law-Decree no. 8 of the CFSN (National Salvation Front Council), as of December 31, 1989, concerning the registration and operation of political parties and public organizations in Romania represents concrete proof of the fact that Romania was beginning to move forward on the path to building a democratic society. A revolutionary process continued in 1990 by the dismantling of the economic structures of the socialist state, of its repressive institutions and more. The Thesis of the “The Great Soviet Revolution of December” launched via the media and insistently repeated on al channels of public communication, represents a fierce appeal of certain realities, respectively of the Romanians’ revolt against the Ceaușescu regime. 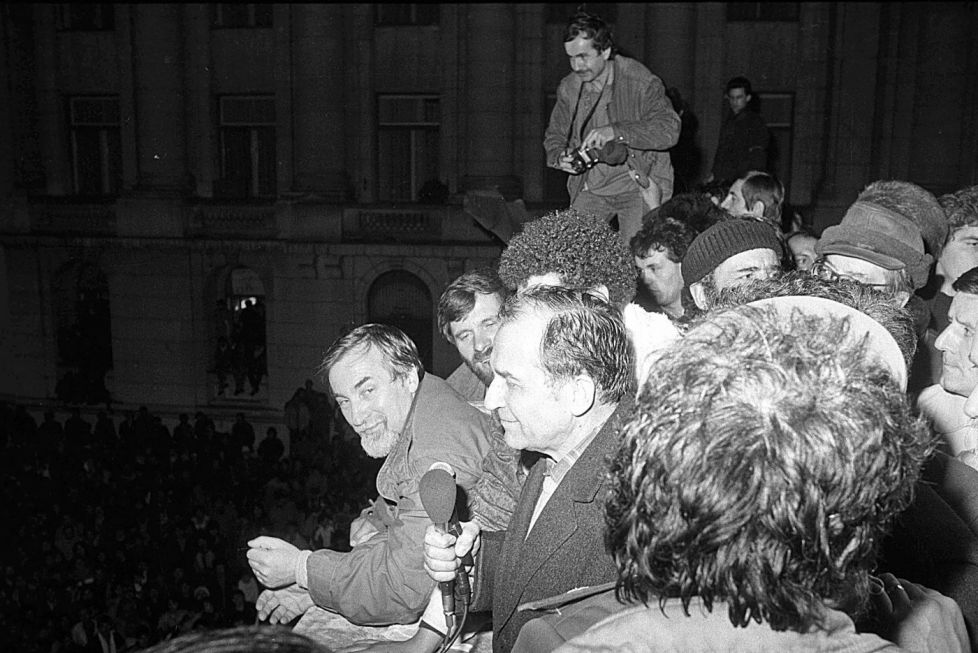 The political and professional biographies of some of those appearing on National Television on the afternoon of December 22, 1989, and in the building of the former CC (Central Committee) of the PCR (Romanian Communist Party), nourishes the thesis of a “coup d’etat”, more or less classic, with outside help, especially soviet help. The takeover of power over the Romanian state by the core that was to establish the National Salvation Front Council (CFSN), on the night of December 22, 1989, relying on the Romanian Army, represents, in the opinion of certain “analysts” and “investigators” of the December 1989 event, the beginning of the “counter-revolution”. A “counter-revolution” represents the attempt to retake the state power by those who have lost it, yet the CFSN member had never really held it implicitly. The struggle for power, the methods and means represent another stage in the history of the Romanian Revolution of December 1989. We must state the fact that the protocol of the meeting of the Political Bureau of the CC of PCUS (Communist Party of the Soviet Union), as of April 5, 1990, entitled Concerning the PCUS line and the measures supporting the communist and labor parties in the East-European countries, recorded the concern of the PCUS leadership on the  disappearance of communist parties from the political space of Central and South-Eastern Europe. The Kremlin leaders believed that the occurrence within the political arena of the East-European Countries of new forces such as the Solidarity in Poland, the Civic Forum in Czechoslovakia, the National Salvation Front in Romania, the new parties and movements in Hungary, GDR (German Democratic Republic), Bulgaria raised the issue of establishing contacts with the same. The members of the Political Bureau in Moscow believed it important not to waste time. In the opinion of the leadership of the Soviet Union, the CFSN represented a new political power that needed to be acknowledged properly, along with its political perspectives.

From Their Romania to Our Romania

When dawn came, they…weren’t sleeping. „The Soviet Preemptive Strike” and the German reply of June 22, 1941 (1) 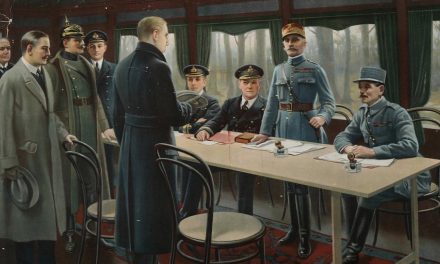 The centenary of the end of Great War and its significance November 11, 1918

When dawn came, they…weren’t sleeping. „The Soviet Preemptive Strike” and the German reply of June 22, 1941 (2)